if you've been following this blog, you'd know i'm obsessed with cannoli. (i had to edit my old post because i realized cannoli is the plural form and cannolo is singular). i've only tried it in las vegas and nyc so i was optimistic that i will find the perfect one in italy. let's see how i fared.

i only got to try two cannoli. both were in rome, from two pasticceria which are known for their cannoli.

ciuri ciuri, we were walking along via cavour as we were headed to the colosseo when i spotted ciuri ciuri. i took a mental note...must buy cannoli on our way back. 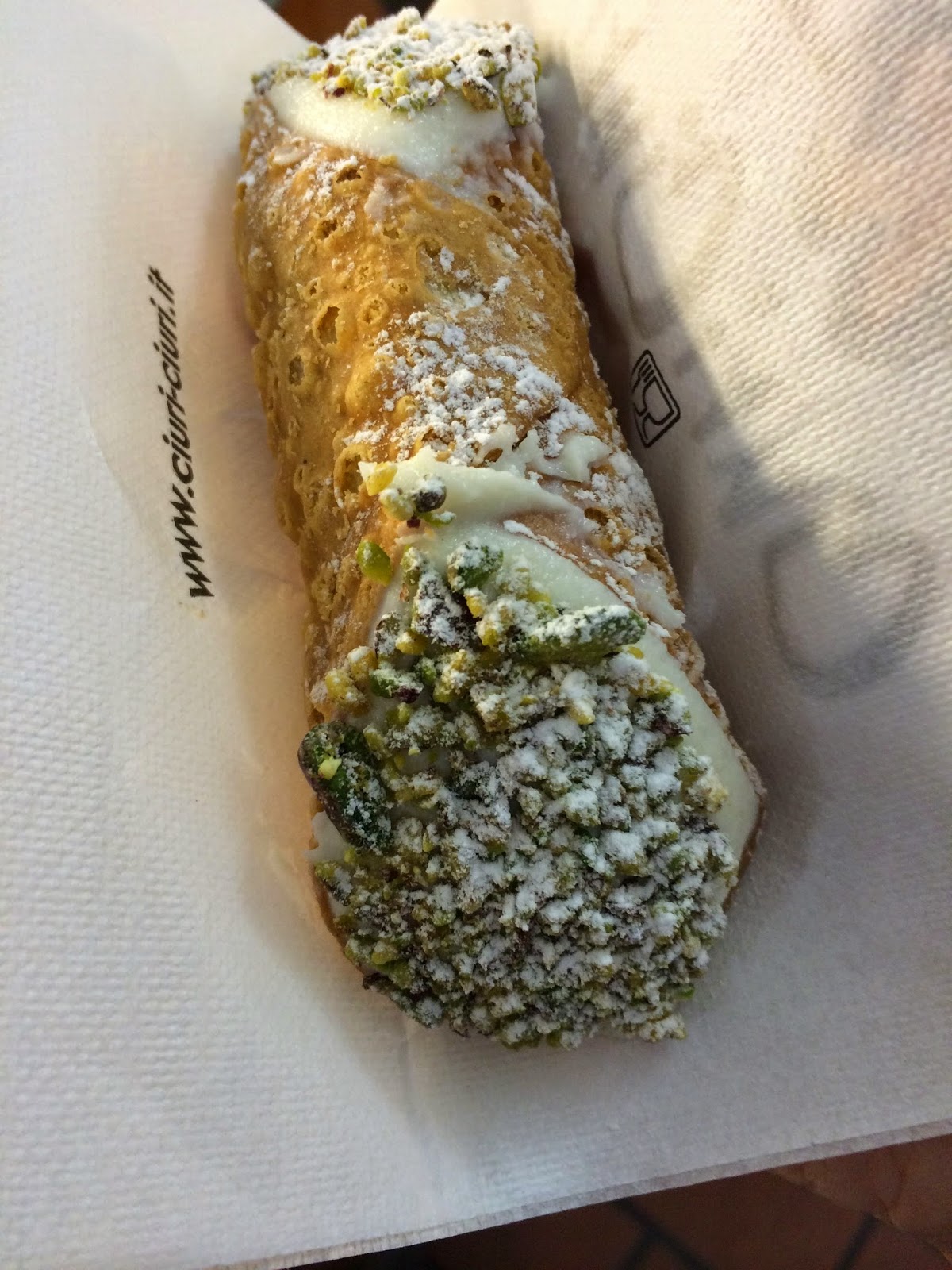 people have been raving about ciuri ciuri and they are known for freshly filled cannoli. verdict? it was too sweet! i like the thin crispy shell but i find the filling cloyingly sweet. i am not sure if it's just my palate or what but it was just too sweet for my liking. 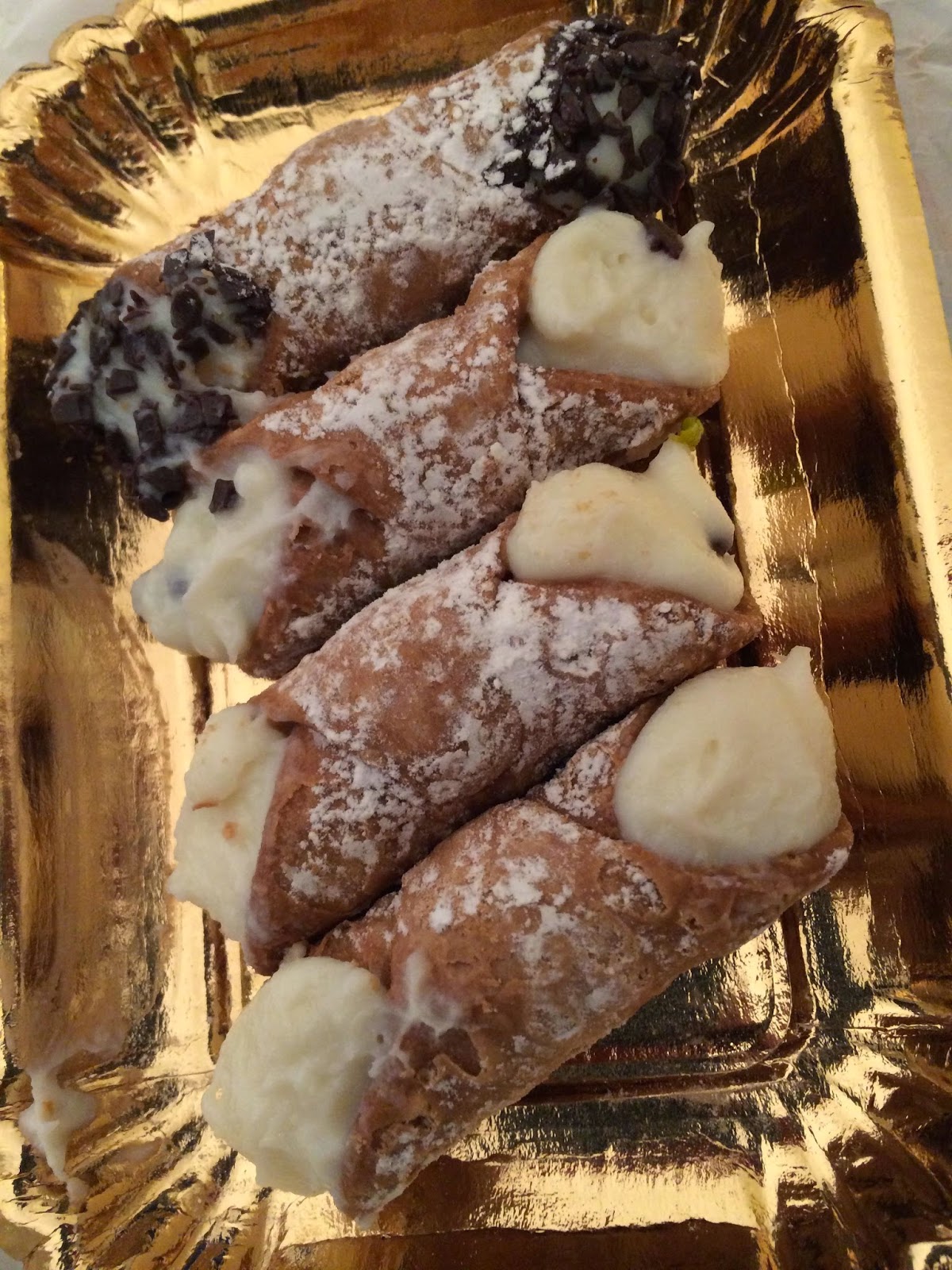 la cannoleria siciliana, as the name suggests you'd think that cannoli is their specialty. however, i'm quite disappointed to find out they don't have fresh filled cannoli...or was it just for the bigger ones? i forget. i got the small versions only because i was afraid they might be too sweet again. the filling wasn't too sweet actually but the shell is a bit thick and because it's not freshly filled the shell has lost the crispness.

sigh, i have yet to find that mind blowing cannoli. there was one more place i wanted to try in florence but missed the chance of trying it...if only my dad agreed to sit down and grab coffee then i could have tried that cannolo which has a better review. maybe next time.


ciuri ciuri
via leonina, 18/20
(it's on a smaller street parallel to via cavour, if you walk along via cavour you can see it because there are steps leading towards the store itself)
http://www.ciuri-ciuri.it/

shella
an indefinite detour from manila's foodtrips since i am now based in KL. i still hope you'll find my food finds interesting. take references from my previous posts and hopefully when i go home once in a while i would be able to go through my must try list. i definitely miss the manila food scene